While we all hope that our newly customised software will come out without flaws, in most cases, this is unlikely to happen. That’s where software testing solutions come in. Projects of any shape and size need to be rigorously tested to ensure there are no outstanding issues before delivery. Of course, when you are working on a huge project, the testing process will likely be ongoing and will involve multiple stages and testers. The larger the project, the more crucial software testing is. When more people are involved in the work, you are far more likely to experience issues. Therefore, this blog post will provide you with an overview of the most commonly used software testing solutions, so you can understand the benefits and drawbacks of each one.

Why is software testing so important?

Before discussing software testing solutions, it’s crucial for you to understand the importance of this part of the software development process. While software testing is often associated with just finding bugs, it’s mainly used to minimise the issues customers will have further down the line with the software. It can reduce the frequency and severity of problems occurring, which would frustrate customers who use your software regularly. It’s impossible to find every defect in a new piece of software, especially in a highly complex project. Therefore, whichever software solution you opt for, the goal should always be to offer the end-user a more hassle-free and seamless experience.

Acceptance testing is a set of tests that are run to ensure the software meets the needs of the business or end-user. This will be completed at the end of the development process, and you’ll need the application to be fully working. Testers can then focus on using the software in the same way that the customer would and can also look at its performance levels. At this stage, if there are still issues with the software, it can be adjusted or redeveloped to meet the client’s needs. You may then set new criteria, which can be used for further testing down the line.

One of the most basic options on our list today is unit testing, and some developers don’t even consider this a complete form of testing. It’s a low-level type of testing that focuses on individual functions and components within the software. This can be quite a cheap and efficient option to use but won’t test the entirety of your project.

System testing will test the entire software with the customer requirements. This allows developers to check that every need is met and that the software performs what the end-user expects of it. This can involve particular conditions, such as speed and performance levels, and tests will need to simulate this to ensure they are met. We always recommend specific requirements are shared at the start of the project, which helps to make system testing easier towards the delivery date.

This term is used to describe any testing process where both the tests and verification are fully automated. This process saves testers and developers time and resources, as you should just press a few buttons and then view your results on a page later. Automated testing is becoming more common today with developers, as manual tests aren’t the most cost-effective solution. With manual tests, there’s still the chance of errors occurring when tests are run regularly, such as in an Agile workplace.

Acceptance testing, which is sometimes called user acceptance testing, checks that you meet the requirements of your customer. This is very similar to system testing, and sometimes these two terms are used interchangeably. Functionality and usability are vital components of this type of testing, and a checklist is often used to ensure needs are met. It allows companies to identify issues early on in the process, and feedback can then be used within the development. However, you’ll need to ensure the software has a defined test audience and that it’s tested in various environments. It can be a time-consuming process when it’s first being set up, but it is crucial to ensure the user is happy with the final result.

This form of testing is used later on when testing is completed to ensure the software still works in the way it did during its initial development stage. It’s used in Agile methodologies, as software is developed in stages, and new features added later on may adjust the functionality of a previous element. Regression testing is often automated, and the two terms work hand-in-hand with each other usually. Automated testing allows tests to be completed over and over again, which is often what’s needed with regression testing.

Exploratory testing is a newer concept, which many developers aren’t as keen to adopt. It’s a much more informal process than the ones we’ve described above, and testers explore the software to find issues that occur. While this process is often a little more laid-back, it’s critical that testers still note what they have tested, or you can end up going round in circles. You’ll work off some fundamental guidelines and a loose plan and then explore the software to find unexpected issues. These sessions can be recorded, which helps testers to recreate the situation later to identify errors. It’s a good option for finding bugs in software that other more regimented testing processes may overlook.

This is what we do

Software testing is critical for projects of any size and ensures that the customer is fully satisfied with the end result of the work. It doesn’t just work to find bugs in the software. Instead, it aims to create a functioning and usable piece of software that end-users won’t become frustrated with. Especially during more complex projects, testing should be undertaken frequently. This will reduce the chance of delays later on, saving your company time, money, and resources thanks to an effective testing process.

If you’re thinking about launching your own project, speak to BSPOKE Software. 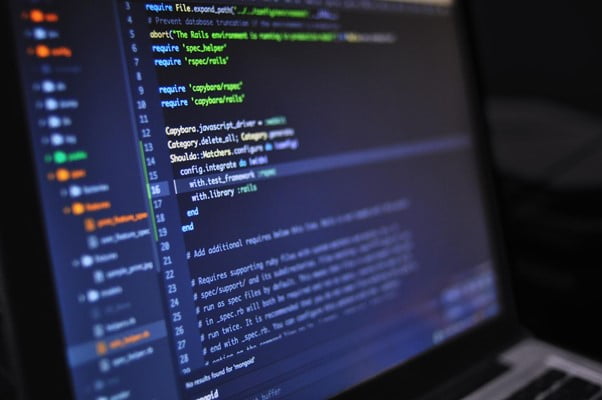